Ready for anything: Why a strategic plan could help improve your school

The BSF gap was partly plugged by the Priority Schools Building Programme (PSBP), which targeted funding at schools deemed to be in dire need. However, some schools that were waiting for their BSF wave when the programme was scrapped missed out on PSBP funding because the condition of their school wasn’t considered poor enough.

Now, for schools in the state sector, securing funds for capital projects largely depends on your ability to bid successfully for a share of dwindling pots. There’s Basic Need funding for new pupil places and a variety of different pots under the School Condition Funding umbrella, which includes devolved formula capital allocations (DFC), school condition allocations and condition improvement funds (CIF) depending on whether you are an academy, a maintained school, a large or small MAT. It’s a complex picture and one that, as schools well know, can change at the drop of a hat depending on which way the political wind is blowing. One thing’s for certain; a return to the days of glossy new architect-designed schools isn’t on the cards.

So, when the education landscape is continually evolving and changing, and your school is having to adapt to the demands of an ever-changing curriculum and fluctuating pupil numbers on a shoestring budget, how can you ensure you invest your hard won funding in the right way? And how can you ensure you get your fair share of the crumbs? The answer is to have a strategic plan. If you’re an independent school it’s a different ball game but you still need to keep a firm grip on your purse strings and having a clear strategic plan makes it easier to win support for your proposals and to ensure you have clarity over budgets in the long term. 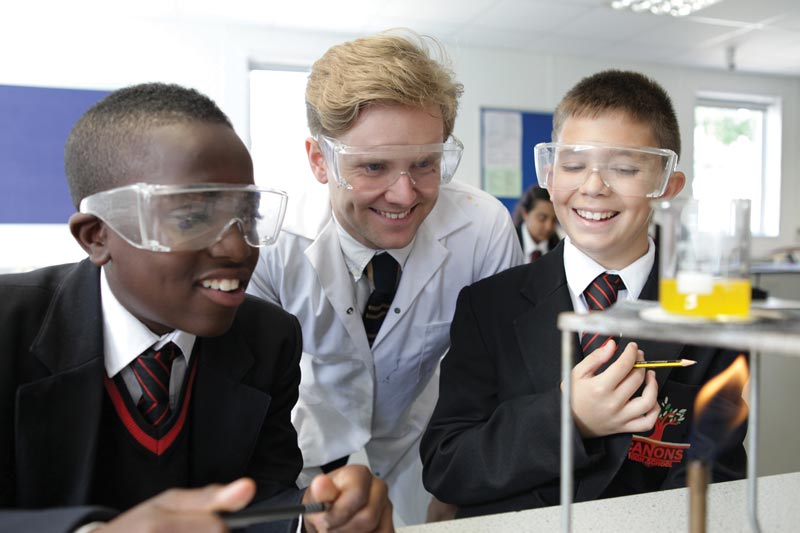 Expanding your horizons
One school that has a clear view through the complexity is Canons High School in Harrow. With two Outstanding Ofsted reports under its belt, this heavily oversubscribed award-winning academy, which became a Teaching School in 2014, had 775 applications for 210 places last year. A few years ago there were only 120 pupils when 180 places were available and there was accommodation to spare. Now the opposite is true and the school is finding ways to expand on a confined site with the help of a strategic plan by LOM Architecture and Design.

The plan provides detailed drawings and an analysis of the site, including the existing capacity of each space along with predicted future capacity requirements and a set of options as to how to achieve the desired changes by reconfiguring existing space, and demolishing and rebuilding others. At Canons they needed to expand sports and social space, increase teaching space to accommodate rising student numbers and to separate pedestrian and vehicle access. The development of the plan also raised questions around the necessity of ICT suites and whether adding more traditional classrooms was the right way to go.

Simon Newton, Business Manager at Canons High School explains why they commissioned a strategic plan, “It was partly in response to becoming an Academy in 2011 and also to be ready if capital funding does become available. We were in line for BSF funding but that was cancelled and the school wasn’t judged to be in poor enough condition to receive PSBP so we needed a new plan. Being an Academy does give you some control, whereas local authority schools don’t have as much freedom to think strategically.

“We knew there were insufficient funds to do everything; we knew that the sixth form block, which was relatively new, was staying and that we needed more dining, social and sports space. But this is about more than buildings, it’s about how the school functions within the wider community as well. We’re open until 10pm every night because community groups use the site too, so it was a very complicated picture.

“Condition Improvement Funding helped and we managed to get the buildings up to standard but it’s about more than not having a leaking roof, it’s about helping the school evolve. Having the plan means we know which buildings might be knocked down so we know where to invest in the short term and what the long term vision is.”

Keven Bartle, Headteacher at Canons High School, explains how becoming a Multi Academy Trust and having a strategic plan means his school is ready for anything, “Being a Multi Academy Trust means we’re ready for any eventuality politically or in terms of funding. We’re ready to expand if we choose to do so and the MAT structure is in place to allow that. We already help struggling schools and they could become part of our trust if they decide to become an academy. We could also open a Free School or a Studio school because we’ve got this structure in place. The context is continually changing and our strategic plan is part of being prepared to meet the ever-evolving needs of our school and our community. It’s a compass not a map; it gives you a direction, not an exact route but it means you’ve got a clearer idea of where you’re heading. It provides some clarity in a constantly changing world.” 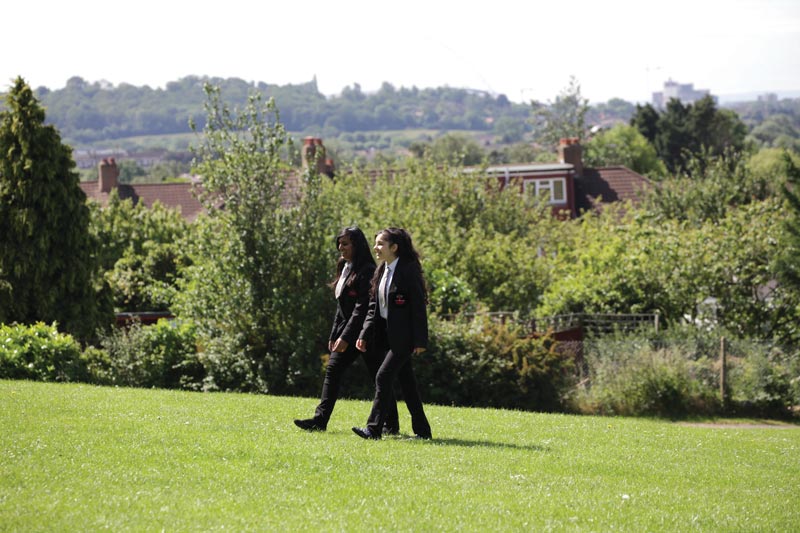 The journey so far…
The recent direction for Canons has been to transform spaces to reflect the community and partnership aspects that are a core part of the vision for the Academy. With input from Spaceoasis® these include:

•  An unwanted foyer area at the front of the school has become a Reception area with the style and feel of the furniture reflecting partnership and professionalism in an area that starts with an electronic visitor system.

•  The Library has been remodelled using colour and furniture to create a technology touchdown area, a lounge area for reading and, importantly, a help desk-style area from which the Librarian and student library helpers provide support. This has transformed the numbers using the library regularly and has gone hand in hand with opening the Library for extended use after school and during the holidays. The next step, well maybe inviting the community in to use this resource when the school isn’t in session.

•  A large classroom space has been remodelled into a partnership room, with flexible conference-style tables, a learning wall and a touch-down technology bar. This space is now used by a range of audiences; Scholars Barnet FC have based their educational provision here (the orange tracksuits go well!); to ESOL lessons for parents; to a British Council session for education professionals from Peru, delivered by the Canons Park Teaching School Alliance; to a Masters style course on ‘Working in Complexity in School Leadership’ delivered on a Saturday morning by the University of Hertfordshire.